Since writing the testimonial below, Sue Davie has led a merger of The Meningitis Trust and Meningitis UK. They merged together stronger as Meningitis Now in October 2013, and Ali Stewart & Co completed some further work to merge the two cultures quicker. They would not have been in a position to merge without doing the vital work below. Watch this space for further developments and a new case study.

The Meningitis Trust is the only charity in the UK focussed on supporting people affected by meningitis. Celebrating its 25th anniversary in 2011, the Trust supports over 20,000 people a year through its professional services and community based support – helping people to rebuild their lives after meningitis strikes.

The Trust has a team of nearly 50 staff, 1/3 of whom are based in the community throughout the UK. We work with a network of over 100 counsellors, and art, play and music therapists to ensure people get the help they need, when and where they need it. Our commitment is “support for life” as the impact of meningitis lasts a lifetime. Sadly another 300 families are left every year facing a future without a loved one. Thousands more are left facing a life changed forever, as meningitis has resulted in after-effects including limb loss, deafness, brain damage, epilepsy, learning difficulties and memory loss.

To provide this unique support, the team at the Trust has to raise nearly £3m a year in voluntary donations as we do not get any Government funding.

People are at the centre of all aspects of our work – externally and internally.

What was the need?

In 2007/8, I was appointed as a new Chief Executive. The organisation undertook a major strategic review. The Trust was looking at significant change in its market place, some of which had already occurred, some of which was yet to occur, but the impact was going to be significant. Key factors in this were:

As a support organisation, the Meningitis Trust was very people centered, but mostly externally. Under the previous CEO, the internal people aspects of the organisation had not been a focus and this resulted in staff turnover of 20% plus (and with recruitment being expensive and very challenging in a rural community, this was a huge issue); absenteeism and sickness were high, and training was ad hoc, with those who shouted loudest getting the most. Teams were not encouraged to work together and individuals believed it was up to their manager to develop them.

It was clear we needed to find a way to:

What other solutions were considered?

What was the reason for choosing us?

I immediately connected with Ali and the programme she proposed with Insights, Liberating Leadership and Pioneering Professional. It felt appropriate right across the organisation. I have been involved in many leadership, personal development, training programmes in my career – most of did not fundamentally change how people work. This programme felt as if it would be transformational under Ali’s direction.

What has changed/improved since you did this?

The impact of the programme is significant, exceeding initial aspirations, and strengthening the organisation considerably:

Specific examples of how performance has changed:

We have been told by staff the difference that it’s made:

What would your advice be to an organisation in a similar position?

Go for it! It is worth the investment in staff time and money. It is incredibly cost effective (particularly important for a charity). You need to see it as a journey which is ongoing. During that journey you need to sit back occasionally and reflect to see what has been achieved and ensure the development continues. It is essential that it “lives” from the top and you need to ensure those that naturally take it on board are supported as ambassadors for it, with clear recognition of how they have changed for the good and how they are influencing others as well. 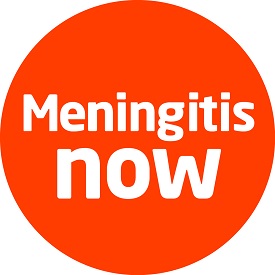 “Ali is fantastic and inspires you to want to keep moving forward. As a somewhat reluctant CEO, this programme has personally enabled me to develop confidence I did not know I had and made me a better leader for the Trust – and that is largely down to Ali and how effectively she supports you through the programme as well as delivers it.”Sue Davie, 23rd June 2011